I rode the MS150 bike ride last weekend from Houston to Austin. I hadn’t participated in it since 1993. I have riden the Dallas MS150 a few times since then, but it was nice to take part in such a large ride again – I was tag number 13706 out of almost 14000 riders.

The ride was good – windy as could be – but good none the less. I had only done about 70 miles total for training, and this was – how should I say – inadequate. I still finished with 158 miles on my odometer and no sags. The wind is what really made this one tough, though. I do not think that I would have been hurting so bad had it not been for that.

Anyway, it was fun! 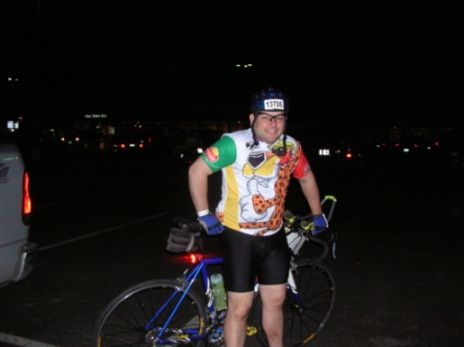 This entry was posted in Hobbies and tagged bike. Bookmark the permalink.